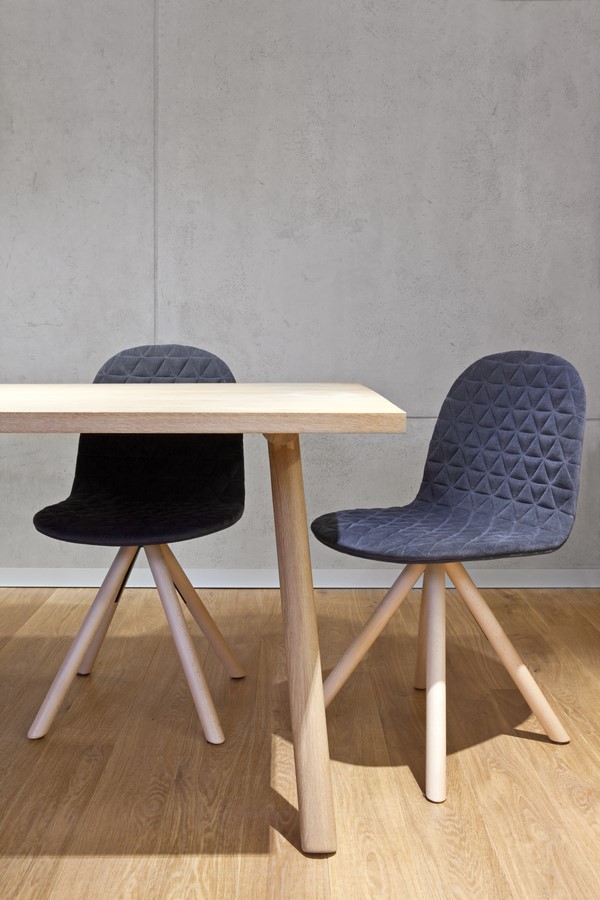 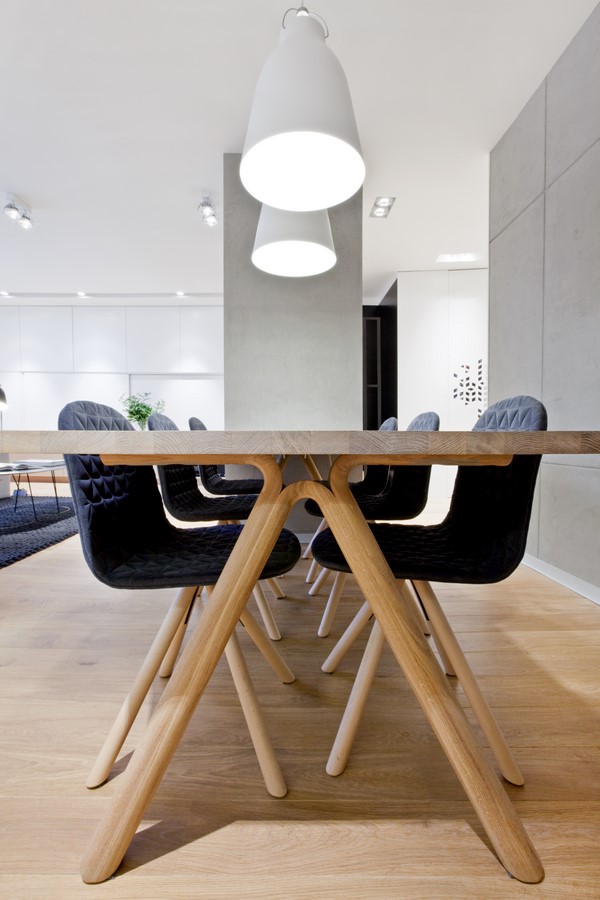 Openwork interiors were created in a completely rebuilt one-story villa from the 1980s. The owners and their two sons had lived in the house for several years and were already thinking about changing the uncomfortable layout of the rooms. The house was surrounded by a large tree-lined garden and had a great location, which ultimately influenced the Investors' decision - instead of building a larger building in a new location, they decided to take the more difficult road involving the complete reconstruction of the current house. This choice meant that, with the exterior of the building preserved, the entire interior, including the cabling and piping, could be completely modernized. The project called for leaving only fragments of internal walls, the rest were demolished. The fireplace as the heart of the house remained in the old location, but it was opened on two sides. In the project, authored by Spacelab, the living area was turned into a spacious living room with a kitchen and dining room. Due to the penetration of these zones, the architects wanted the kitchen to blend in with the living room. The TV was also not supposed to disturb the subdued character of the living room, so it was embedded in a predesigned structure. It was then that the idea of ​​creating a graphic perforation on selected pieces of furniture appeared. The openwork motif was repeated on the kitchen and wardrobe fronts in the entrance hall. Doors with a hidden frame, furniture in the color of the walls, hidden audio equipment - all this was supposed to blend in with the interior, giving priority to openwork ornaments. It can be said that these geometric patterns took over the role of pictures on the walls. Perforation looks different depending on the time of day and lighting. At night, with the lights off in the living room and on in the rooms at the back, these openwork walls look like giant lanterns. Kitchen chairs refer to this theme - their seats are embossed with geometric quilting. Interestingly, the chairs and the table, although they look like a harmonious designer set, are designed by various companies: Mannequin chairs are a product of the Polish company Iker.

SPACELAB is a space laboratory where projects adapted to the context and the user are created.

Architects appreciate minimalism and refined detail. They often create individual solutions, such as openwork buildings inside the house in Puszczykowo.

They specialize in projects implemented in the "building + interior" formula.

The studio is located in Poznań, Poland, and the main designer of SPACELAB is architect Agnieszka Deptuła.